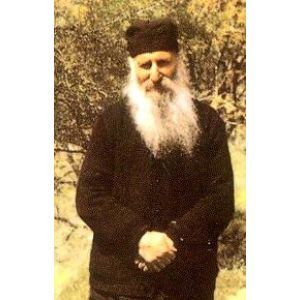 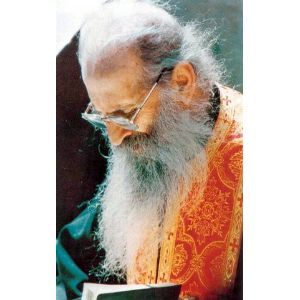 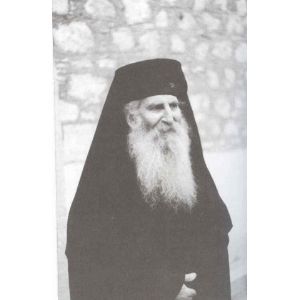 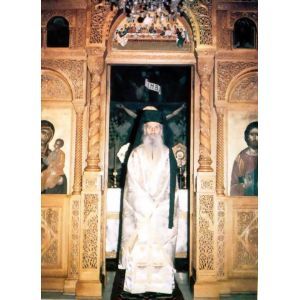 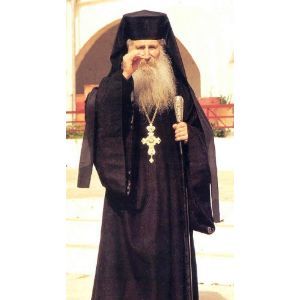 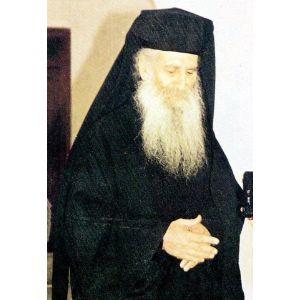 Saint elder Iakovos Tsalikis was among the holiest Elders, who lived in Greece the past decades. His holiness is acknowledged by almost all Greeks and thousands of faithful from the rest world. His entire holy life and the miracles he worked and is still working today, place him among the biggest recent Saints of the Orthodox Christian Religion.

Fr. Iakovos Tsalikis was born in Livisi, Asia Minor on November 5, 1920.  He was one of nine children that his mother Theodora gave birth to.  His father Stavros was taken captive by the Turks in the catastrophe of Asia Minor, when the Greeks lost the war.  The father was later released and joined his family in Greece.  Because of the difficult times in which the Elder’s family lived only three of the nine children lived beyond infancy.

Young Iakovos lived through the upheaval of the Orthodox Christian population of Asia Minor in 1922. Initially the family settled in the village of Saint George in Amfissa, where the living conditions were appalling.  In fact, the conditions there were close to starvation.  In 1925, the family moved to Farakla in Northern Evia, Greece.  The Elder Iakovos was educated in the village Church School of Saint Paraskevi.  Young Iakovos expressed from a young age an inclination for monastic life.  He was known as the monk in the village because of his monastic practices of fasting and prayer. While still a young boy he had a visitation from Saint Paraskevi, who revealed to him in detail the religious life that he would follow in his life.

His fervor for the Church from a young boy was so profound that he learned by heart the whole text of the Divine Liturgy at age seven.  He became seriously ill at the age of fifteen but survived.  The Second World War broke out five years later.  His health was impaired again during the war and he lost his mother in 1942.  During the German occupation of Greece, he and many of his fellow villagers were taken prisoners by the Germans.  They were taken to the village Strofilia.  He and his fellow Greeks suffered terribly during the German occupation of Greece and later with the civil war that broke out with the communists.  He was drafted into the Greek army in 1947 and was discharged in 1949.  In 1949 his father passed on to eternal life.

The Elder’s sister got married in 1951. The same year elder Iakovos decided to enter the monastic life.  He chose to enter the Monastery of Saint David in Evia, which at that time had only three monks.  The conditions at the Monastery were very difficult at the beginning.  The Monastery had been almost abandoned and the monks that lived there did not do anything to improve the facilities.  Because of these difficulties that he encountered the Elder returned to Farakla for a while.  He returned to the Monastery again and was tonsured a monk on November 31, 1952.  The following month, he was ordained a deacon on the 17th of December in Halkida and two days later he was ordained a priest.  He was chosen to be the Abbot of the Monastery of Saint David in 1975.  But prior to this the Elder had become well known and beloved by the faithful in that part of Evia.  The faithful would visit the Monastery for the sacrament of confession and for pastoral counseling.  The number of faithful Christians visiting the Monastery increased drastically and the income of the community was increased dramatically to the point where many improvements were made to the Monastery.

What is unusual in the life of Elder Tsalikis is his visible battles with demons that assailed him and how he was able to subdue them. Following his experience with these spirits of darkness, he then was given the grace to become a very effective exorcist.  He was able with the sanctified skull of St. David, the founder of his Monastery, to banish many demons from faithful people of the Church, who were possessed. It was early on in his monastic life that the demons would attack Fr. Iakovos physically to the point of knocking him out cold.  On the heels of these merciless attacks by the demons Fr. Iakovos was given the grace to banish demons from people.  The demonic method of attacking people is well known from Holy Scripture and in the history of the Church. They are able to inflict such demonic influence on human beings that they become blind followers of Satan.  It was especially during the 1980’s that possessed people were brought frequently to the Monastery for the prayers of exorcism.  Father Iakovos would read the prayers of exorcism over them and then bless them with the blessed skull of Saint David.  The Monastery was established by Saint David in 1550.  The relics of Saint David are very fragrant to this very day.