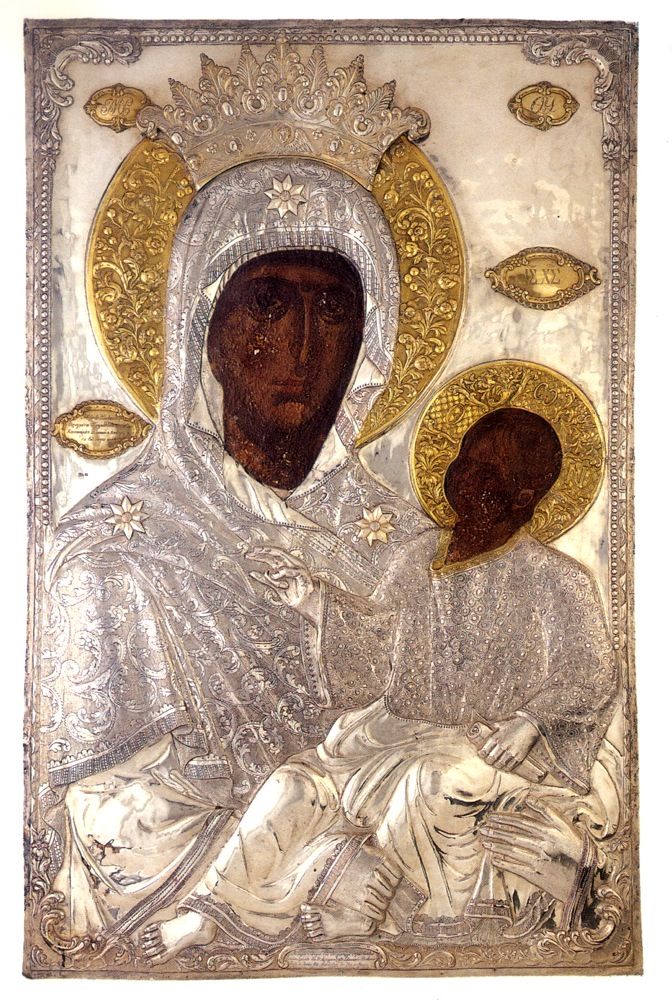 It is told of this icon that it was damaged by the knife of a malcontent deacon-monk and ecclesiarch (in charge of the church, verger), who because of his tasks, supposedly, always arrived late at the refectory. On one of these occasions, the trapezares (responsible for the refectory) was angry and refused him food. The disturbed and enraged thoughts of the ecclesiarch turned against the Theotokos, who, although he served her, had not concerned herself even for his food. From the wound which he inflicted, blood flowed and the face of the Virgin turned pale, while the deacon was blinded and fell to the ground, driven out of his senses by the voice of his consiousness. He remained in this state for three years. Then thanks to the prayers of the Abbot and the brotherhood, the Thetokos appeared to the Abbot and told him that the monk was cured.

The ecclesiarch spent the rest of his life in a stall opposite the icon bewailing his terrible sin,but before he died he received forgiveness from the Theotokos herself, who told him, however, as she had the Abbot previously, that his sacrilegious hand would suffer exemplary punishment after his death. It is kept today, uncorrupted and completely black, near the icon, which is the nathex of the Chapel of St Demetrius.

See here all the available icons of Theotokos Esfagmenis